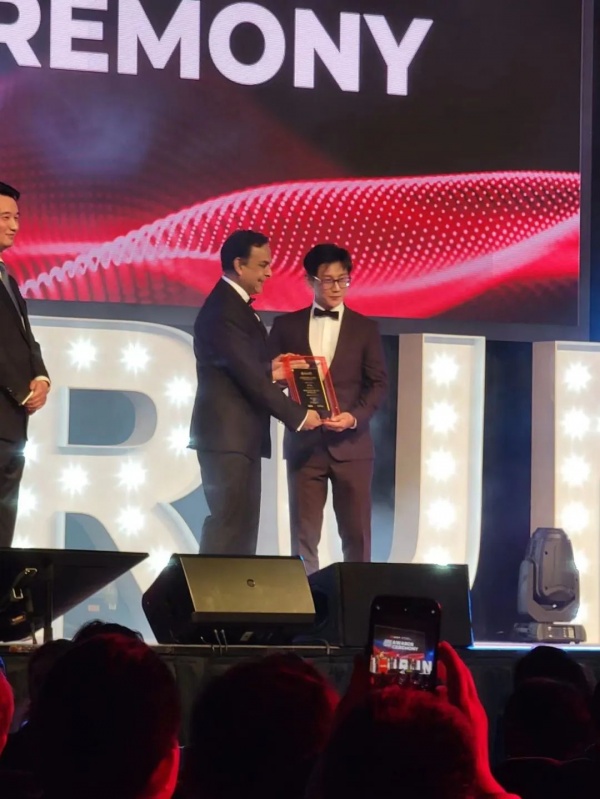 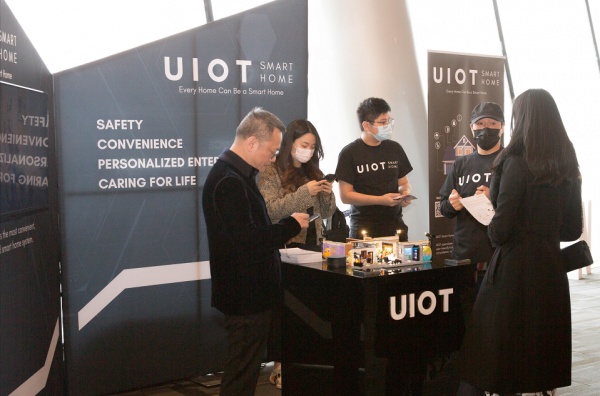 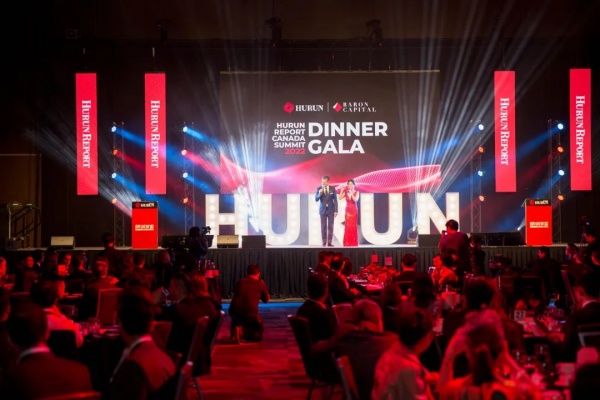 Qi Yang is the founder and managing director of UIOT Smart Home, a pioneer in North American smart home service provider. UIOT is committed to providing high-quality smart home products and services in North America, elevating home automation to a new level. In 2019, the pre-a round of financing of CAD 1.5 million was completed.

Cameron Dearsley co-founded and is head of design at Drop Technologies, a loyalty-management program aimed at millennials. He is also an active angel investor. Toronto-based Drop has attracted more than $56 million in investment, including from Royal Bank.

Greta Cutulenco founded Acerta Analytics, a Kitchener, Ontario machine-learning company that has attracted $11 million in investment to develop technology used in the manufacturing and automotive industries.

Joseph Lee and Robert Kirstiuk co-founded Freshline. The Vancouver-based company has raised $2.2 million to build an online marketplace for commercial fishermen and other suppliers of fresh food. Lee studied computer science at the University of British Columbia and Kirstiuk, who is also a Thiel fellow, studied physics and finance at Western University. Both studied entrepreneurship at the University of Toronto.

Randeep Singh, Kevin Han and Andrew Walker co-founded AON3D to develop 3D printers that use high-performance materials and produce affordable high-strength parts. The trio met while studying engineering at Montreal's McGill University. They founded the company in 2015, right out of university. So far, the company has raised funding of more than $13.4 million.

Nikita Kopotun co-founded e-commerce company Juniper in 2016 with William Cartar, Joel Wegner and Ryan Wong to manufacture products that could help social media influencers build their brands through merchandising. Juniper had revenues of US$31 million in 2020. Originally from Winnipeg, Kopotun studied engineering physics at Queen’s University.

Serial entrepreneur Aaron Spivak co-founded Hush Blankets in 2018 with Lior Ohayon in Toronto. The company makes weighted blankets that help people sleep better. Both partners dropped out of university before graduating. Hush has investment of $1.6m and reports annual revenues of $19 million. In October 2021 Sleep Country bought a controlling share for CAD$25 million.

Tara Bosch launched SmartSweets to produce candy products that helped people give up sugar. The Vancouver company raised more than US$3 million, then on 2020 was sold to TPG Growth for a reported $360 million. Bosch, who has a BA from the University of British Columbia, remains with the company.

Linzi Shang and Michael Sun co-founded the art and e-commerce company Gallea in Montreal along with Guillaume Parent and Samuel Bellerose. The company came out of the MTLab incubation program, which focuses on entertainment, tourism and culture. The company has raised more than US$1.3 million in early funding rounds.

Brock Battochio founded environmental company Planetary Hydrogen in 2019 to commercialize a patented system that speeds up the natural process of removing carbon dioxide from the atmosphere. The Ottawa company has raised $4.5m in funding. In 2021 it made its first carbon removal sale to Shopify with a plant due to start up in 2022.

Tim Sherstyuk is chief commercial officer and co-founder of GBatteries, a company that develops and markets ultra-fast charging batteries for electric vehicles. The Ottawa-based company has raised US$3.9 million in funding. The company came out of the Y Combinator program in 2014 while Sherstyuk studied chemistry and Carleton University.

Douglas Lusted is founder of WestonExpression, a company that owns two other companies he co-founded, Linkett, a Toronto company that provides an analytics platform for the digital-out-of-home advertising industry he cofounded, and AdStash, a company that helps other businesses earn passive income from advertising. Linkett has raised US$1.2 million in funding. Lusted studied business at the University of Waterloo.

Juan Orrego is co-founder and CEO of Cuboh Software, an online restaurant ordering and management platform. Orrego participated in the Y Combinator program in 2019 after graduating with a degree in commerce and entrepreneurship from the University of Victoria. The company has raised US$1.4 million.

Valerie Song is co-founder and CEO of AVA Technologies, a company that helps people grow fresh food indoors. AVA's technology allows the year-round growing of herbs and vegetables. It has raised $2.3 million to date.

Yves-Gabriel Leboeuf is founder and CEO of Flinks Technology, a Montreal-based fintech company that has raised more than $93 million. Leboeuf is a serial entrepreneur that has founded multiple companies. The first was a bicycle retailer when he was 17. Flinks develops tools for the financial industry to better access data.

Cole MacDonald and Nathan Mah are co-founders of Mero Technologies in Toronto. The pair have raised more than $3 million for the company that develops bathroom cleanliness monitoring technology from investors like 500 Startups, Fresco Capital and IX Labs.

High school friends Amin Niri and Connor Gill co-founded Flex A.I., a digital technology company that developed an app to optimize and individualize workouts based on a patented algorithm. Established in 2018, the company has raised more than C$2 million to date.

Braden Parker co-founded Casca Designs, a Vancouver-based footwear company that uses 3D scans to ensure its products fit, in 2017. To date the company has raised $3.5 million in funding. Parker studied commerce and real estate at the University of British Columbia.

Rachel Chase is CEO and co-founder of Zennea Technologies, maker of a wearable device which helps people with sleeping disorders. Founded in 2017, Zennea's device is undergoing clinical trials The company has raised an undisclosed amount of funding from investors including Elevation Investments, WUTIF, SOSV and HAX.

Ross Arsenault is co-founder and COO at Ashored Innovations. Founded in 2018, Ashored develops technologies to enable sustainability for the commercial fishing industry from its home base in Dartmouth, Nova Scotia.

Calvin Ho and Albert Kim co-founded Vancouver-based Greenline, a company that provides point-of-sale and e-commerce solutions for the cannabis industry. Ho was born in Taiwan and Kim in South Korea. The pair met in high school long before starting the software-as-a-service company with revenues of more than $2 million since 2019.

Chen Jianhao is founder of Cloud HealthCare, graduated from the University of Toronto with a PhD in Pharmacy. Cloud Healthcare was founded in 2018, with Canadian Chinese health as the core, integrating online and offline high-quality medical resources, and building a new Canadian medical ecosystem. Annual operating income of CAD 25 million.

Ding Xiaoting is the founder of LOOK4, a student entrepreneurship education group dedicated to providing an all-rounded academic services for all Chinese students in North America. In 2018 and 2019, two cumulative financings of CAD 2 million were completed. Operating income of CAD 18 million.

Xiangyun (Elaine) Kong is the founder and CEO of Straight A Education Inc, an edu-tech company headquartered in Toronto. Currently committed to helping clients to enter the world's top universities graduate programs. Since 100% of company’s clients got into top 100 world ranking universities, Elaine Kong is honored as “The Knocker of World Famous Universities”. In 2020, the company received an angel investment of CAD 1.2 million, and its revenue in 2021 hit CAD 3 million.

Jesse Peng is the CEO and sole angel investor of Limitless Global Media Group, closing a US$300,000 seed round. Peng brings his experience as a computer engineer, serial entrepreneur, and experience as a real estate investor managing his family's CAD 100 million real estate portfolio in Canada over the past decade to the Limitless team.

Cao Chuyue is the founding partner of Woohoo, a multinational enterprise with chain restaurants as its main business. The company is building a central supply chain in Canada, and has obtained CAD 5 million in financing from a well-known Canadian angel, and has signed contracts with dozens of restaurants and supermarkets.

Zhou Zizheng is the CEO of Acorn Admissions, which focuses on providing high-quality international education and immigration one-stop services for the majority of international students. In 2018, the angel invested CAD 1 million, and the Canadian North American incubator and Ginkgo Capital are currently introducing strategic investment for it.

Chelsea Li is the founder of Vancouver's Foresight Academy, graduated from Parsons School of Design in New York with a degree in Fashion Design. Founded in 2016, Foresight has assisted Canadian students to acquire more than 150 offer letters from the world's top art institutes, with a cumulative scholarship of RMB 26 million.